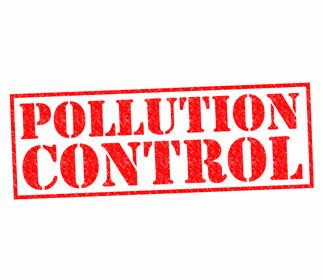 22 ตุลาคม 2019 The Environmental Protection Agency (US EPA or, more commonly, EPA) is an independent agency in the United States entrusted with the mission of protecting human health and the environment. You’re right to imagine that this can encompass many different things. They dedicate themselves to topics as diverse as air, water and land, chemicals and toxics, waste and cleanup.

While the EPA is an American agency, its influence reaches beyond the borders of the USA to countries all over the world, from Norway to Argentina and from Australia to Greenland. The national emission standards for countless countries find their origin in EPA legislation.

Until 2015, the EPA was not widely known to the average person outside the US. The Volkswagen emission scandal brought a radical change to that situation. Thanks to the EPA's scrutiny and persistence, the German car manufacturer confessed after a long period of denial that they had cheated with CO2 emission software installed in over 11 million vehicles.

EPA's work starts with gathering information. Their main data suppliers are other governmental bodies. Correct scientific data is paramount to understanding health and environmental issues and presenting solutions. While the EPA library is extensive, they also share their knowledge. Their primary task is to supply information to state, tribal, and local governments, but they also inform individuals, businesses, scientists, and legal bodies worldwide.

Based on accumulated data, EPA regulations are drawn up, explaining the technical, operational, and legal details necessary to implement laws. As a regulatory body, the EPA's powers are restricted; they can only act under statutes approved by the US Congress. Even so, they do have enforcement powers, including fines and sanctions.

Since its establishment in 1970, the EPA can look back on a few impressive milestones relating to health and the environment:

You may not always be able to see or smell when something is amiss. An EPA test can reveal if the air quality in a specific location is truly within specific standards.

Different indicators will show whether the air you live and work in is as healthy as it should be.

The Right to Clean Air in the Workplace

The right to clean air in the workplace is embedded in the Universal Declaration on Human Rights, adopted by the United Nations General Assembly in 1948.

To protect workers, the EPA has provided the necessary basis for 3 pieces of legislation. Plymovent offers fitting solutions for compliance.

In line with the legislation on exhaust extraction, Plymovent offers three fully automatic systems to clean the air of carbon monoxide, nitric oxides, benzene, formaldehyde, and other hazardous elements: